A Paradoxical Perspective At The First Signs Of Spring

Blog Before     |      Master List      |        Blog After
This blog post was written as my contribution to the Tarot Blog Hop to celebrate the Celtic festival of Imbolc on 2 February 2015.
Our wrangler Karen Sealey had asked that we explore the topic of “Oracular Anomalies” for this particular blog hop. That was initially deemed as an interesting feat  for me because I could not even pronounce the  words – oracular anomalies, let alone understand what that meant.  For someone who did not celebrate Imbolc, to finally understand what the festival meant after spending 2 years in the company of this wonderful Tarot blogging community,  this new phrase Oracular Anomalies had given me a month of worry. I remembered muttering to myself, “ Oh Karen, it finally dawned on me what Imbolc is. Now I have to try to find out what Oracular Anomaly means? Damn you, woman.”
So what I had decided to do was to break the phrase down the way I did with my Muay Thai and boxing training.  I broke the moves and combinations down during my training sessions so I could practice them each week in the hope of improving over time.  Often, a light bulb might switch on, on one of the combinations when I realized that it was created to simulate a situation when I am met with an aggressive opponent who might push me to the corner of the ring and leave me with no room to move.
The light bulb switched on for me about Imbolc too.  It made sense that my friends were lighting candles in every room to mark the day of Imbolc when it was a festival that celebrated the beginnings of Spring and the rebirth of the Sun.  It made sense to me that Karen had asked that we themed this blog post “Oracular Anomalies” so that we could share how our experience with Tarot had cracked a new dawn for us.

The Fool
So today, I want to write about the Fool card and the card I picked for this blog post was the Fool from the Radiant Rider Waite Tarot deck updated by Virginijus Poshkus.   I looked at the card in detail and started asking, “Why is this card marked 0?” It is the first card of the Major Arcana, so why could they not just mark it as 1.  Why did they have to label it as 0?  A journey had to start somewhere.  For numerologists like us, new beginnings, fresh new starts, a first step to a new journey is always marked by the number 1.  Yet, the Fool card which is a card of new beginnings, fresh new starts, a first step to a new journey, is labeled as 0. I had no answers to this ”anomaly” apart from the fact that we numerologists used to think that Tarotists were a complicated bunch that needed to just sit and chill for a bit.
In the card, the Fool had the image of a man about to step off  the cliff.  His head looked up to the sky as if trusting the Universe to guide his hand along his journey.  His dog beside him was like a companion assuring him that wherever he went, he will not be alone.  The card illuminated in bright orange, full of sunshine, hope and positivity, as one would feel when they embark on a new journey.  As a numerologist, my lifepath is 7 and I do not take unnecessary risks, often rendering a lot of thought and analysis to every move I make particularly when it comes to my career goals.  This Fool card however, seems to depict a man who is about to fall off a cliff and not giving two hoots if he did or not.  I do trust the Universe, and I am thankful for the support I get from my friends and family.  However, as a believer of this reality that I am a creator of my own circumstance, I find it difficult to let go in the belief that I would not fall off the cliff just because  I have got the Universe, my friends and my family holding my hands. I don’t mind taking risks, if they are indeed calculated ones.    So that brings me to how I saw the numerological significance of the Fool card evolving.
While The Fool is marked as the number 0 card in Tarot, it is also the 22nd card of Tarot – the beginning and the end.  As a numerologist, 22 is the number of the master builder and when we reduce it, it becomes 4.  4 is the number of the Emperor card in Tarot. The master number of 22 may suggest the presence of an older soul coming into one’s lifetime to make an important contribution for mankind be it in the spiritual, medical, religious, educational, or creative field. The 22 number often suggests that one is endowed with gifts enabling him or her to lean towards leadership and inspiration and those who have this number in their birthdates often feel a heightened sense of obligation to the community, hence needing a greater measure of discipline, humility, control and awareness.  This speaks to me from the voice of the Emperor’s card.  The Emperor is an archetype that represents authority, structure, discipline and stability.  He is able to create order out of chaos because of his keen sense of structured and meticulous planning and he is able to provide and protect because of his wisdom, experience and authority.  As the Fool meets the Emperor along his journey, he gets offered guidance and direction.  With his strong leadership, the Emperor mentors, supports and advises the Fool as he navigates his journey towards his goals.

The Emperor
This spoke to me a lot and cracked a new dawn for me as like the Fool, I had been meandering along my journey of discovery about my spiritual self. Beyond the work around tarot, numerology and astrology, I had been developing my clairvoyant and mediumship skills.   Along the way, I met a lot of teachers and mentors who were manifested by the Emperor card in tarot.  They have been critical to my spiritual growth, developing my knowledge and my skills and encouraging me along the way. Today, I take on the mantle as an advisor, teacher and mentor to my students, leveraging the same energies of the Emperor’s card, yet I am still on the Fool’s journey of making  new discoveries every day.
If you look at the Fool card closely, the terrain is rough, and there are mountains surrounding him.  Where the Fool steps next, could be a perilous road ahead.  In the same way,  I had been through a tumultuous journey of bad experiences ranging from health, career and familial issues.  However,   had also learnt that I cannot make new discoveries, learn new things, or make fresh starts if and when I cling on to vestiges of these negative issues.   This then brings me to another card  that had the numerological energies of the number 4  - the  Death card.  Death is numbered 13 in a Tarot deck, which when reduced, becomes a 4.

Death
It made so much sense.  As the Death card suggests, one needs to let go of unhealthy aspects of life, and all vestiges of negativity that no longer serves in order to pave the way for a  fuller life of new learnings and experiences that the Fool needs to go through to enrich his life. My entire spiritual journey had been one big purging exercise of what I had previously thought as rational and explainable. I remembered how I had gasped at my clairvoyant experiences and dismissed it as over-thinking and a result of work stress.  I had to purge my ignorance, to open my heart, mind and soul to the messages that my spirit guides were trying to give me.   I remembered how I had brushed my intuitive gifts under the carpet because of the fear of being laughed at.  I learnt to purge my ego so I could help my clients through their own journeys.  I remembered how I had stayed away from books and tarot cards because they were not aligned with my religion as a Roman Catholic.  I learnt to purge my fear as I helped others through their lack of knowledge and ignorance and opened their heart and mind to the fact that my intuitive gifts were God-given.
Thanks Karen for suggesting such a difficult topic to celebrate Imbolc, the dawn of a new Spring.  In Singapore, we are celebrating Spring too with the coming Lunar New Year, so this topic is very apt for me as I visit my relatives over the Lunar New Year period.  You see, just a few years ago, these visits were a deft practice of how fast I could “eat and run” after visiting each home.   Now, many of them want me to stay longer so that I could do random Tarot and Numerology readings for their respective guests at their homes.
Here’s hoping that everyone who reads this blog post be blessed with Springtime abundance.
Blog Before     |      Master List      |        Blog After

The writer of this blog post is a marketeer by trade, and an intuitive reader by accident who deploys the combined modalities of a Tarot, Numerology and Astrology overlaid with her Clairvoyant and Clairsentient skills to deliver her readings with authenticity. She was awarded a Certified Professional Tarot Reader qualification from the Tarot Certification Board of America (TCBA) and is also a certified numerologist.  She is currently running a consultancy based in Singapore called Sun Goddess Tarot,  which provides confidential intuitive readings combining the metaphysical disciplines of Tarot, Numerology and Astrology via face to face and emails as well as readings at corporate and private events and workshops.  A member of the American Tarot Association (ATA) and the Tarot Association of the British Isles (TABI), she also mentors Tarot protégés on behalf of the American Tarot Association 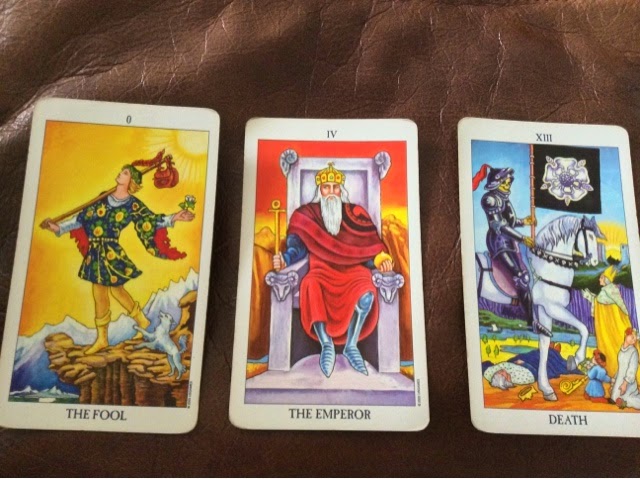 Posted by thecrazyangmoandhisangrywife at 14:00 13 comments: