Living in Singapore with 365 days of sunny weather weaved around 3 seasons of hot, hotter and hottest meant that I had little appreciation for the Midsummer Solstice. So, when my friends from the Northern hemisphere sent me emails wishing me a bright Midsummer Solstice celebration and their Facebook pages were filled with colorful accounts about how they were celebrating Midsummer, I was almost jealous.

There was even a tarot blog hop that pulled the tarot community around the world to blog about how they were celebrating the sunrise at the start of Midsummer. As usual, I was late in participating in the blog hop.

So, I had decided to read my friends' blogs as well as to do a little research to find out more about Midsummer Solstice.

The word “solstice” comes from the Latin word “sol” meaning sun. Some called it "Litha" and others called it "Alban Heruin". The Solstice has long been celebrated since people first began noticing the changes of the seasons.

Having a natural affinity for the sun, as a Leo, I thought to join in the celebrations with this blog post by pulling out the Sun card out of my tarot deck and describing what it meant to me on this Midsummer Solstice.

20th June was the date I had my surgery done on my right breast when the doctors found an anomaly in the breast tissue which had a high risk of turning malignant. Weeks ago when I found out the news and the doctors advised that the surgery was necessary, my life literally fell to pieces. I had to stare mortality in the face when it slapped me around to wake my senses to the beautiful things around me like the love of my family and friends, and the camaraderie and support from my team at work. I realized that whatever challenges I had gone through everyday, they were the ones who carried me through them.

The Sun in tarot is a major arcana card representing vibrancy, positivity, optimism and vitality. It's radiant energy promised to bring me happiness, joy and particularly at this stage, wellness and healing. The Sun indicated to me that there was a life out there worth living and I had to embrace it with passion and enthusiasm.

As I had been doing tarot reading for clients in the last few months, I realized that many come to me with a need for some clarity and assurance about their respective situations. Most of all, they needed a listening ear of one who could provide them a different perspective to their situations unbiased and with empathy and compassion. When I meditated over the card today, I sent its radiant energies to the clients whom I had been reading for in the last few months.

Another word within my vision when I saw this card, is LIFE. And it reminded me of the marketing campaign my colleagues and I had developed at work called L.I.F.E. or Living It Fully Everyday which asked our participating customers to make a social pledge to live life fully everyday in their respective ways, within our company's Facebook page. Some of the social pledges I came across were inspiring, ranging from one hoping to quit smoking for the sake of his children, to another hoping to achieve a better work-life balance so that she enjoys meaningful family time each day in spite of her heavy work load.

The Sun in all it's glory, in spite of the heat and perspiration it causes my fellow air condition-loving Singaporeans has been a vital component of that elaborate masterpiece of an artwork painted by the universe. Think singing birds. Think lush greenery. think flowers in bloom. Think children at play outdoors.

What's not to celebrate? 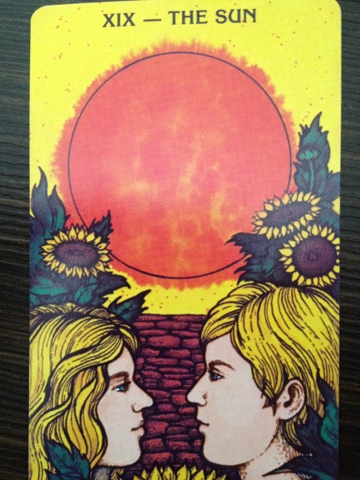 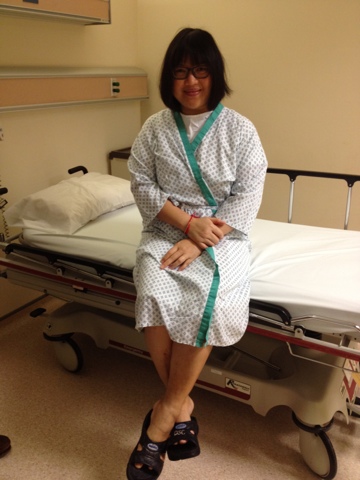 Email ThisBlogThis!Share to TwitterShare to FacebookShare to Pinterest
Labels: I Finally Know What Midsummer Solstice Means