Finally, I’ve got a custom-blended essential oil specially created for Sun Goddess Tarot which is an uplifting elixir that promises to enhance vitality, optimism, self-love and general well-being. I have named it Sol Elixir.

Sol was hand-blended by the very talented alchemist, Helena from Earth Magic Potions, based on ancient Lemurian knowledge and years of personal practice in essential oils, crystals and healing techniques.

Colors from high energy flower and gem oils were then blended in and the elixir was nestled on a cluster of high vibration crystals with “Solfeggio Sound Frequencies”* directed at them for several days. The bottle was then transferred to a crystal cave and finally, the elixir was charged in a crystal singing bowl for greater sound and vibrational healing energies.

The development process and synergy of these elements, in harmony, with the specific intentions to energize and recharge one with confidence, positivity and self-love is what makes Sol Elixir magical. I remembered reading somewhere that aromatherapy is so powerful because of the positive effects it has on one's limbic brain when the oil is dabbed on one's pulse and chakra points.

So why have I named it Sol?

Sol or Sunna is the mythological Norse Goddess of the Sun who rode a chariot drawn on two horses called Allsvinn (Very Fast) and Arvak (Early Rising). I fell in love with this romantic mythological story of Sol and her brother, the Moon God, Mani.

In many ways, the birth of Sol Elixir marks a milestone in the transformational journey I took with the creation of Sun Goddess Tarot. When I started reading the tarot cards for clients, I went through an unbelievable process of self-healing and awareness, the way I hoped to have had provided the same for my clients.

Co-creating Sol Elixir with Helena has been a wonderful experience. She’s been an inspiration and I am very grateful for her time spent listening to ramblings about my dreams and my hopes, my thoughts about my past and my future in her bid to capture my vision of Sol Elixir.

This experience has just opened another door for me to explore my work on tarot cards combined with the energies of Sol which I believe will take Sun Goddess Tarot to a whole new level.

*What are Solfeggio Sound Frequencies?

In ancient times , these frequencies were sung in Gregorian chants during religious ceremonies in churches of that time. But mysteriously, around 1050 AD, they vanished and were presumed lost. These chants held special tones or frequencies which, when sung in harmony, and in Latin, were believed to impart tremendous spiritual blessings during religious masses. Apparently, the combination of these sacred tones and the Latin intonation had the power to penetrate deep into the recesses of the subconscious mind and promote greater healing and transformation.

The Solfeggio Frequencies contain the six pure tonal notes that were once used to make up the ancient musical scale. For instance, middle C is related to the 528 hz frequency tone, which is associated to the color green, which, in turn, is related to the heart chakra. (extracted from www.miraclesandinspiration.com)

Sol Elixir, like every potion that Helena concocts, contains 2 or more of these 6 frequencies to effect the highest transformational vibration of healing. 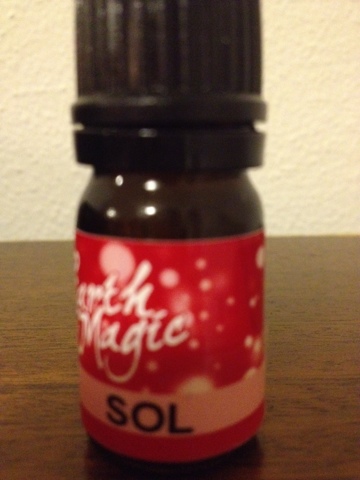