So here goes your Tarot Tip for this Tuesday:

"24 June 2014. Today is numerologically governed by 1.  Pat yourself on the back for the hard work in navigating those obstacles yesterday.  Today, you will steel yourself with the resolve to  make a fresh start.  You will take on a new perspective on what had gone wrong yesterday.  You would want to look at turning yesterday's challenges into tomorrow's opportunities and literally seize the day with that conviction to re-chart your goals in the right direction and on your terms.  This is the day you will learn something new about yourself and about the people around you."

I began to think about all the Number 1 cards in Tarot across the Tarot suits. Numerologically 1 is about new beginnings and a fresh start.  The Aces of all the suits are no different.

The Ace of Pentacles heralds new opportunities, a new job offer, the manifestation of a goal. The  Ace of Wands represents new inspiration, new creative idea, a new business venture.  The Ace of Cups brings on the beginning of a romance, new love, start of new emotional connectivity,  the beginning of creative expression, and sometimes an indication of birth or pregnancy.  The Ace of Swords promises a break-through in a situation, assures one of a new direction, and points to mental clarity with which you can start to move forward with your goals.

Even in the Major Arcana, the Magician is the number 1 card and indeed harnesses the energies of 1 in numerology.  It is a card that sees one with the ability to move forward or manifest a goal because of his skills, creativity and determination.  All 4 suits appear in the Magician card almost as if to encourage you to harness the elemental power of the Aces of each suit.

Even the Fool, though technically the number 0 card in the Major Arcana is really the card that kickstarts the entire Tarot journey and it symbolizes new beginnings. 0 though in numerology is a number of infinity, an enhancer and symbolizes potential. As my favourite card, I like to think of it that without this number 0 card or the Fool, the number 1 or the Magician could never exist.

When you do Tarot readings, do pay special attention to the number of the card and draw the connection between the card and the vibrational energy of the number.  Tomorrow 25 June 2014 is governed by number 2 in Numerology (2+5+6+2+01+4 = 2+0 =2).  Think about the 2 of each of the Tarot suits and connect it with the characteristics of 2 in numerology. 2 is about balance, connectedness, vision, tactfulness, diplomacy, support.  How do they relate to the 2 of Pentacles, 2 of Wands, 2 of Cups and 2 of Swords. Indeed, relate it also to the number 2 card in the Major Arcana, the High Priestess. The High Priestess is personified by the ancient mythological story of Persophone who led a life that balanced that between darkness and light.  She represented vision, truth and insight of the external world drawn from deep within one's inner wisdom and knowledge.  Do read my blog post about the Tarot Twos.

That is why I enjoy combining Tarot with  Numerology and there are so many different ways to do so.  It's just so much more fun, isn't it?

The writer of this blog post is a marketeer by trade, and an intuitive reader by accident who deploys the combined modalities of a Tarot, Numerology and Astrology overlaid with her Clairvoyant and Clairsentient skills to deliver her readings with authenticity. She was awarded a Certified Professional Tarot Reader qualification from the Tarot Certification Board of America (TCBA) and is also a certified numerologist.  She is currently running a consultancy based in Singapore called Sun Goddess Tarot,  which provides confidential intuitive readings combining the metaphysical disciplines of Tarot, Numerology and Astrology via face to face and emails as well as readings at corporate and private events and workshops.  A member of the American Tarot Association (ATA) and the Tarot Association of the British Isles (TABI), she is also a reader for the Free Tarot Network and mentors Tarot protégés on behalf of the American Tarot Association 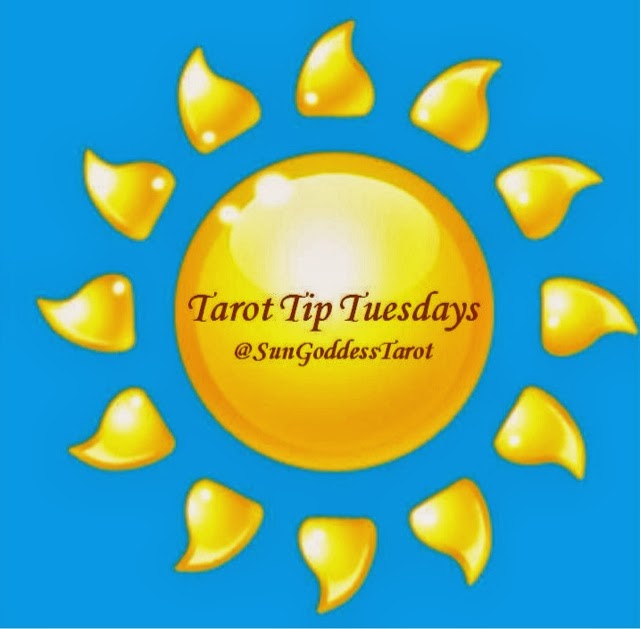